The Trump administration is moving forward with a proposed regulation that will allow taxpayer-funded adoption agencies to refuse placement to LGBT families over religious objections.

The Department of Health & Human Services went public with the regulation, which will undo an Obama-era policy prohibiting discrimination on the basis of sexual orientation among federal grantees.

Julie Kruse, director of federal policy at Family Equality Council, said in a statement the policy was “outrageous,” especially at the start of National Adoption Month.

“The American public overwhelmingly opposes allowing taxpayer-funded adoption and foster care agencies to turn away qualified parents simply because they are in a same-sex relationship,” Kruse said.

“The President is in no way undermining his promise or preventing LGBT people from adopting. LGBT people can still adopt and that will not change. The Administration is rolling back an Obama-era rule that was proposed in the 12’o clock hour of the last administration that jeopardizes the ability of faith-based providers to continue serving their communities. The Federal government should not be in the business of forcing child welfare providers to choose between helping children and their faith,” Deere said.

An estimated 440,000 children are currently in the foster care system in the United States, and more than 123,000 kids are now available for adoption. 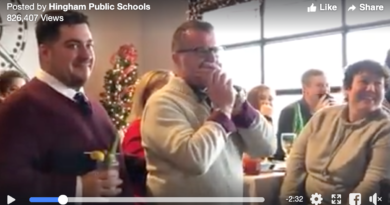