The pastor of St. Ann Catholic Church and School in Prairie Village, near Kansas City, sent a letter to parents saying that a child had been rejected from the kindergarten program because their parents were of the same sex. The child’s name and gender identity have not been made public.

Now, almost 1000 people signed a petition asking the school to admit the child. About half the people who signed the petition are members of St. Ann.

“One of the many reasons that we choose to send our children to St. Ann is the welcoming culture, which is central to the original ministry of Jesus Christ,” the petition states.

“Respectfully, we believe that the decision to deny a child of God access to such a wonderful community and education, based on the notion that his or her parent’s union is not in according with the Church’s teaching in Sacramental marriage, lacks the compassion and mercy of Christ’s message.”

The letter says that the church hasn’t been very strict when it comes to requiring all students’ parents to follow the church’s teachings on sexuality, citing “vasectomy, IVF, divorce, and remarriage without approved annulment” as examples. 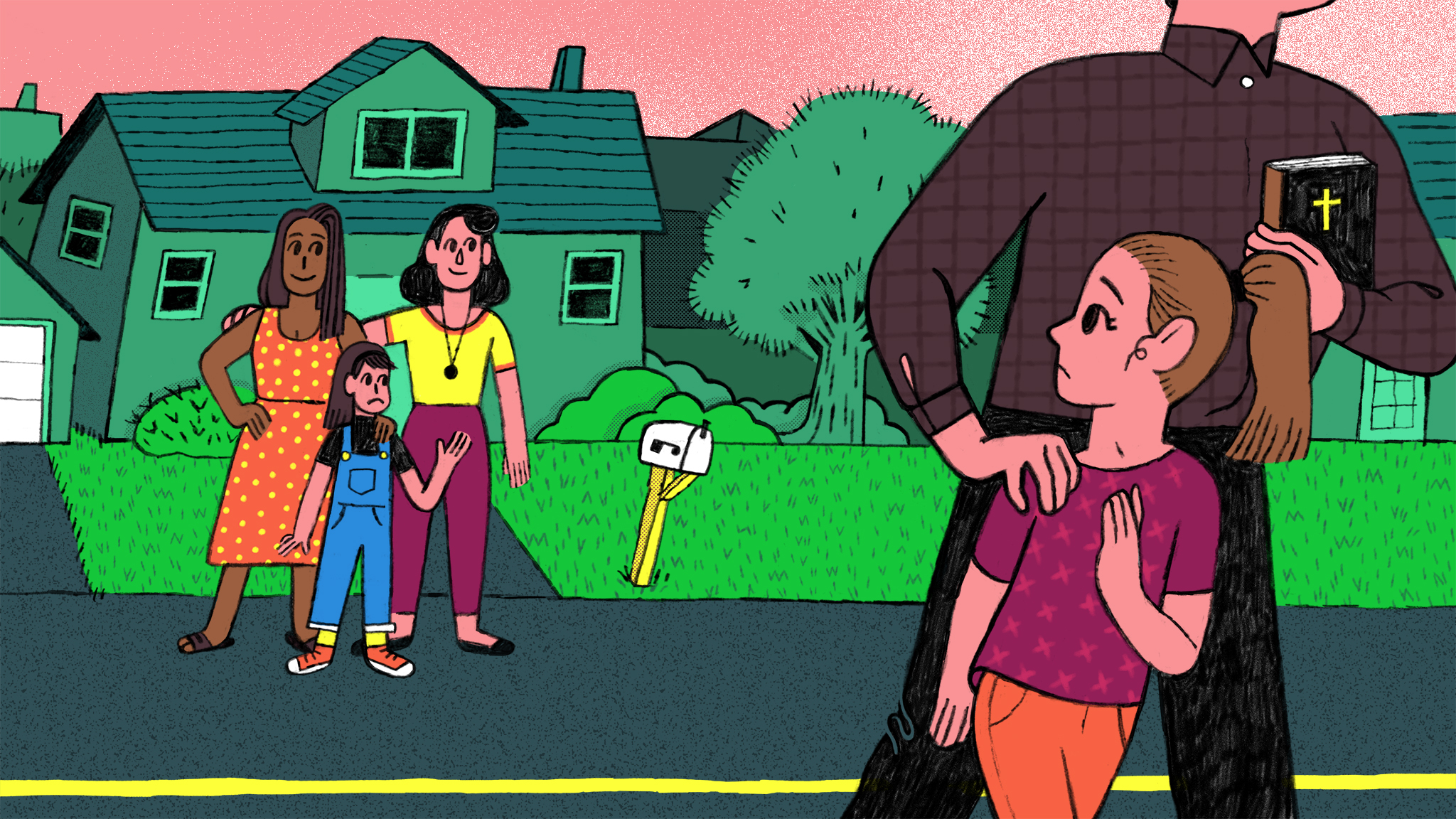 I was taught to hate my lesbian neighbors. They took me in anyway.