The principal of Anderson Mill Elementary School – a public school in the town of Moore, South Carolina (population 13,739) – rejected the inclusion of a 4th grade student’s essay promoting LGBTQ-acceptance from a book of student essays “on society.”

The principal believed the 10-year-old student’s essay would “make other parents upset … due to the type of school this is, the people that work here and the students and families of the students that go here,” creating an “undesirable situation at the school,” according to a lawsuit filed in federal court by the child’s parents.

The suit claims that the school violated the child’s First Amendment right to free speech and caused the mother and child emotional harm.

The child’s grandfather is reportedly gay and an LGBTQ rights activist. 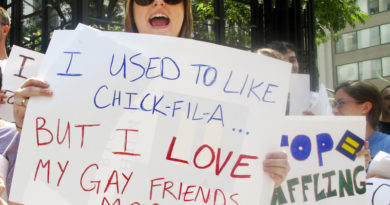