A new survey shows LGBTQ families are on the cusp of dramatic growth, and millennials are leading the way.

One of the key findings from the survey by the Family Equality Council shows that 63 percent of LGBTQ millennials, those 18-35, are considering expanding their families by becoming first-time parents or by having more children.

The survey shows that “right now, family building is just as much a possibility for the LGBTQ community as those who are non-LGBTQ,” said Amanda Hopping-Winn, chief program officer for the council, which advocates for LGBTQ families. “It’s a logical next step in their life course.”

The methods have also changed: 63 percent of LGBTQ people planning families expect to use reproductive technology, foster care or adoption services – a shift from older generations who relied on intercourse.

After marriage equality was secured in a 2015 Supreme Court ruling, advocates believed there would be a spike in the number of LGBTQ families in the U.S. “Anecdotally we were hearing more and more young people are considering parenthood,” Hopping-Winn said.

The survey – the first of its kind in that it covers a wider spectrum of the LGBTQ community, including people who are transgender, bisexual, even potentially single parents – bolsters those beliefs. Coupled with data from a 2018 Gallup Poll that showed 4.5 percent of American adults identify as LGBTQ and 8.1 percent of millennials, the results forecast “a dramatic growth in the number of LGBTQ-headed families in the coming years,” said the Rev. Stan Sloan, Family Equality Council CEO.

“For too many generations now, the dream of having children and forming a family was one that too many of us have felt we had to trade off in exchange for coming out of the closet,” he said. Now, “we see that for a generation of young LGBTQ people, this trade-off is no longer necessarily in place.” 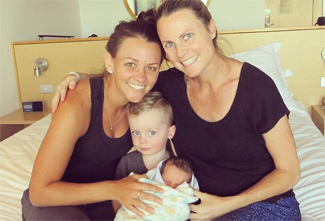 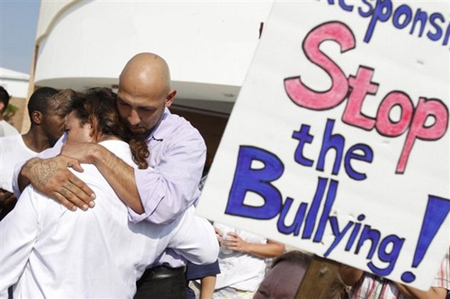