Two male couples were among 22 new families whose adoptions of 31 children were given final approval during the 32nd annual Adoption Day ceremony at the D.C. Superior Courthouse.

“I’m just overwhelmed with joy and with love that this day is finally here and that we are finally an officially legal family,” Whitney Miller told the Washington Blade.

The couple has had custody of Cory as foster parents since he was two weeks old. “We’re very excited about this,” he said. “And we hope that by us being a same-sex couple that we can spur on and at least give hope to a lot of other same-sex couples in D.C. that are interested in adopting or potentially in foster care in D.C.”

Among those participating in this year’s event were D.C. Mayor Muriel Bowser, who brought her recently adopted nine-month-old daughter Miranda. 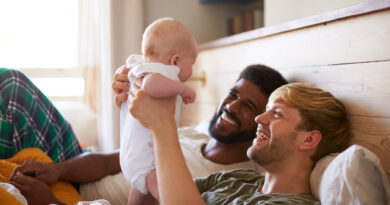