Supporters went wild on election night, when he introduced the state’s first, First Man during his victory speech.

“I want to thank my personal support network first and foremost, of course, my amazing partner, and the first First Man in the history of Colorado, Marlon Reis!” Polis didn’t say much else for a while after that, because the applause kept going and going.

Polis was also the first openly gay man to be elected to the House in 2008, before marriage equality was legalized nationwide. Even then, he and Reis were open about the struggles that came with being a same-sex couple in politics. 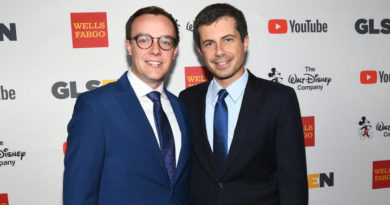