Several law enforcement agencies have stepped in after parents made threats on social media to harm a 12-year-old student. For the past two years in the rural school district, the student, a transgender girl, had been using a staff restroom. But this middle school building, which recently reopened, was unfamiliar to the girl. Not yet knowing where the staff bathroom was, “she used the girls bathroom,” her mother, Brandy Rose, told local television station KXII, “one single time.”

A parent in the district found out, and posted an angry message on a Facebook group for fellow parents of Achille middle school students.

“Heads up parents of 5th thru 7th grade girls,” the woman, Jamie Crenshaw, posted in Achille ISD Parents Group. “The transgender is already using the girls bathroom. We have been told how the school has gone above and beyond to make sure he has his own restroom yet he is still using the girls. REALLY . . . Looks like it’s gonna be a long year.”

“She’s been living as female for years – she started at Achille as Maddie,” Rose said. “We had no problems when we first started.”

That’s where the threats started. Adults called Maddie by “it” and “thing.” Some said she should be stabbed or beat up. One even suggested it was open hunting season for transgender people.

“Why are parents letting their kids be transgender?” said one post. “Parents and Churches need to shut this down, the Bible says God created man, and woman… not any transgender bs,” said another. “Hell with new laws and new rules, this is what our future is if WE don’t stop it.”

Others made disturbing threats of violence:

“If he wants to be a female make him a female. A good sharp knife will do the job really quick.”

“Just tell the kids to kick a– in the bathroom and it won’t want to come back!!”

“That’s a threat against her life – that’s scary,” Rose said. “These are adults making threats – I don’t understand it.”

Rose said her usually upbeat and positive daughter is afraid for her life.

“She’s an awesome kid. To see any fear in her, I can’t explain how bad that hurts me for them to hurt her.”

As a precaution, the Bryan County Sheriff suggested closing campus Monday and Tuesday.

He said there haven’t been any problems with Maddie over the past two years until the adults’ comments last week.

Beene says he and the school can’t control what parents post online, and that several parents in the group weren’t even from the school.

The sheriff said the mother filed a protective order against one parent but no other arrests have been made, however several agencies including the FBI are stepping in to see if any comments constitute a hate crime. 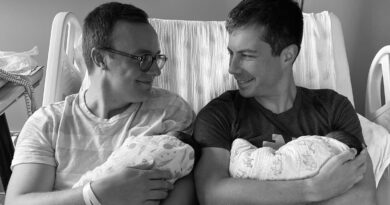