In recent weeks, a gay couple in the Buffalo, New York region submitted an application to be considered as foster or adoptive parents. In order to avoid working with gay parents, Catholic Charities of Buffalo is freezing its foster care/adoption program.

“If we were to deliver those services, it would be in direct conflict with the teachings of the Catholic church,” CEO Dennis Walczyk said. That makes meeting the requirements of its contracts with the Erie County Department of Social Services and the New York State Office of Children and Family Services impossible, he said.

“The contract we have with the county and also regulated by the state says we cannot discriminate based on many factors, including marital status,” he said. “We are a Catholic organization so we have to do what’s consistent with the teachings of the church.”

photo via @emms_and_her_dads (not involved with this case) 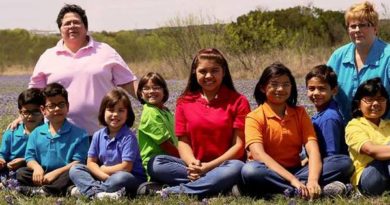