A group of approximately 20 parents convened at Sts. Peter & Paul Catholic School and demanded an explanation from the principal after first grade teacher Jocelyn Morffi was fired for marrying her longtime partner, Natasha Hass.

‘We were extremely livid. They treated her like a criminal, they didn’t even let her get her things out of her classroom,’ said Cintia Cini, who has a child in Morffi’s class.

While she added that Morffi’s sexual orientation wasn’t common knowledge, Cini asserted that was irrelevant.

Cini would add that when the principal met with the parents one-by-one, they failed to list a reason for the terminating, even then.

A source close to the family told Miami New Times that when the school discovered Morffi had married another woman, the administration “asked” the teacher to resign. She refused, so she was fired.

In 2015, the Miami Herald wrote a glowing profile about Morffi, after she started a program called #teachHope70x7 that encouraged kids to feed the homeless and “encourage hope” in the community. (The “70×7” references a bible passage about forgiveness.)

Archdiocese of Miami spokeswoman Mary Ross Agosta said, “As a teacher in a Catholic school their responsibility is partly for the spiritual growth of the children. One has to understand that in any corporation, institution or organization there are policies and procedures and teachings and traditions that are adhered to. If something along the way does not continue to stay within that contract, then we have no other choice.”

Florida remains one of the few states where employers can still fire someone based on sexual orientation or gender identity. Despite constant complaints and protests from LGBTQ activists, state lawmakers have refused to pass laws protecting employees from getting fired for coming out. The issue is even affecting state business: National LGBTQ groups are asking Amazon.com to avoid building its new headquarters in Florida because the state does not protect LGBTQ employees. 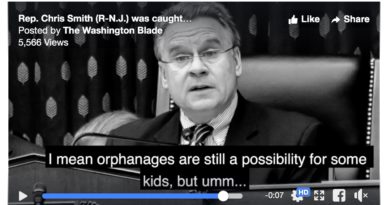 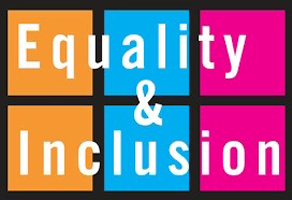