A new video from HRC tells the story of Chad and Bret, a gay couple who’ve encountered a series of employment-related hardships since the birth of their daughter last year. The family didn’t have any paid family leave, and one dad lost his job because he took too much time off to care for his newborn.

Unfortunately, Chad and Bret are far from alone in their struggle to make ends meet as new parents. The U.S. is the only developed nation in the world without some form of guaranteed paid parental leave, and LGBT parents are especially vulnerable. According to HRC’s 2018 LGBTQ Paid Leave Survey, less than half of LGBT people’s employers offer inclusive parental leave policies.

The same survey found that even when parental or family leave is available, one in five LGBT people report that they’re afraid to take advantage of it for fear of being outed at work. That makes sense, considering that in 28 states, you can still be legally fired over your gender identity or sexual orientation.

“Not being paid for our time off when we had our baby was quite a hardship,” Chad says in the video. “Paid family leave would have made a big difference for our family and the support that Elea got when she was born.”

BuzzFeed published a story this summer about the challenges for LGBT parents. 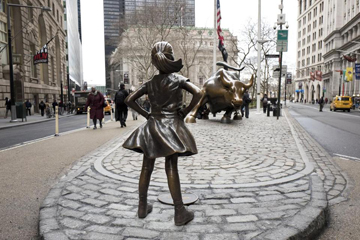