The Oregon Court of Appeals upheld a $135,000 fine against two Christian bakers who refused to make a wedding cake for a same-sex couple (pictured).

The case began back in January 2013, when owners of the since-closed Sweet Cakes by Melissa bakery cited their religious beliefs when declining to make a wedding cake for Rachel and Laurel Bowman-Cryer.

Following the incident, the Oregon Bureau of Labor and Industries found the Kleins in violation of a 2007 state law that protects the rights of LGBTQ people in employment, housing and public accommodations. In 2015, the couple was ordered to pay the Bowman-Cryers emotional distress damages.

Nearly five years after the incident that ignited the case, the Oregon Court of Appeals sided with the state and upheld the penalty.

Rachel and Laurel Bowman-Cryer applauded the ruling through a statement released by their attorney.

“It does not matter how you were born or who you love. All of us are equal under the law and should be treated equally. Oregon will not allow a ‘Straight Couples Only’ sign to be hung in bakeries or other stores,” the couple stated. 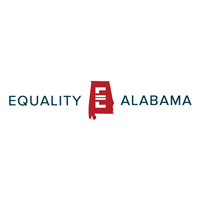