Parents and grandparents, many themselves former Scouts, are flooding the Boy Scouts of America’s Facebook page with furious comments in response to President Donald Trump’s vulgar, politicized speech at the 2017 National Scout Jamboree in West Virginia.

“Who the hell wants to speak about politics when I’m in front of the Boy Scouts?” President Trump asked on stage, and then proceeded to do exactly that.

In his speech he cursed, called for loyalty to himself, incited the boys to “boo” former President Barack Obama and Hillary Clinton, bragged about the “record” crowd size — of Boy Scouts — attending his speech, spoke at length about his Electoral College win, and told a tale about a cocktail party.

“My annual check to support was waiting to be mailed. It is now shredded. I will instead write a check to a voting rights group. My son will stay in scouts. He was as appalled as we were.”

“You need to apologize. It looked like a group of little fascists cheering their dear leader.”

“I have donated to the Boy Scouts in the past and had thought that the increase in diversity that we’ve seen over the past 5+ years was a good thing. However, in my opinion the campaign like rally that 45 was allowed to put on today left me sick to my stomach and worried for the impressionable young minds that he was spewing his filth into. Somebody from the Boy Scouts organization has some explaining to do if they ever hope to see anymore of my hard earned money.”

“I am SHOCKED that BSA let this person speak to our children this way. BSA needs to send out an apology to the parents. Politics is not allowed in the organization. I will not support your programs if there is no retraction.”

The BSA’s National Council approved a resolution to remove the restriction denying membership to youth on the basis of sexual orientation January 1, 2014. The anti-gay policy for adult leaders was changed July 27, 2015. 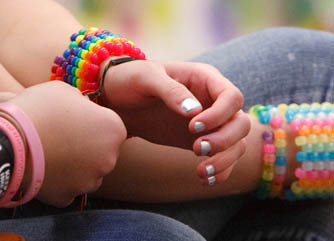