A single student’s case has turned into a massive legal decision for all transgender Americans.

On Tuesday, the Seventh Circuit Court of Appeals ruled that the Kenosha Unified School District in Wisconsin violated the rights of a trans student, Ash Whitaker, when it refused to let him use the boys’ bathroom.

According to the court, Whitaker is likely to win upon a full review of the case (instead of the current review of a lower court’s preliminary injunction) on his claim that the school’s actions violated Title IX, a federal law that prohibits discrimination in schools based on sex, and the Equal Protections Clause of the 14th Amendment. So it upheld a lower court’s injunction forcing the school to let Whitaker use the bathroom that aligns with his gender identity.

In the decision, a three-judge panel from the Seventh Circuit Court concluded that the school district “has failed to provide any evidence of how the preliminary injunction will harm it, or any of its students or parents” — a rebuke of the prevalent myth that letting trans people use the bathroom for their gender identity will hurt others. 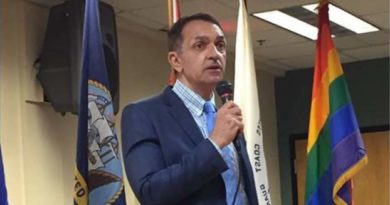