Representatives of the National Center for Transgender Equality, the Gay, Lesbian and Straight Education Network and Equality Michigan sat down with Education Secretary Betsy DeVos March 8, 2017 at the Department of Education.

“I joined my colleagues from NCTE and Equality Michigan and a delegation of families in meeting with Secretary DeVos to relay the concerns and fears of hundreds of thousands of students, educators, and parents who have been affected by the alarming actions of the Trump administration,” Eliza Byard, executive director of GLSEN, said in a statement. “We highlighted the pervasive violence and discrimination that the majority of transgender students face across the country, including being prevented from using their correct name and pronouns and appropriate school facilities.”

Saying it was a matter of states’ rights, DeVos and Attorney General Jeff Sessions reversed the Obama-era guidance that directed public schools to allow students to use the bathrooms of their gender identity, regardless of what is on their birth certificates.

The rollback means states, schools or individual principals decide where transgender students use the bathroom, which advocates say will further imperil a group of students already at an increased risk of being bullied at school and committing suicide. 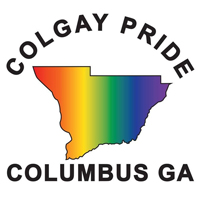