A U.S. District judge has ordered the state to re-issue death certificates for Floridians who were designated unmarried at time of death because their spouses were of the same sex.

James Merrick Smith and Hal F.B. Birchfield lived together in Florida for 42 years. They married in New York in 2012, and Smith died in Florida in 2013. At the time, Florida refused to recognize same-sex unions — so Smith’s death certificate listed him as unmarried with no surviving spouse.

After the Supreme Court ruled in Obergefell v. Hodges in 2015 that the Constitution protects same-sex couples’ right to marry, Birchfield asked the state to correct Smith’s death certificate. But Florida refused, declaring that it would not correct any death certificate that falsely listed an individual as unmarried with no surviving spouse unless compelled to do so by an individual court order.

Birchfield and another gay widower, Paul Mocko, sued on behalf of themselves — and all other Floridians whose deceased same-sex spouses’ death certificates listed them as unmarried. U.S. District Judge Robert Hinkle ruled in their favor and ordered the state to correct these death certificates. 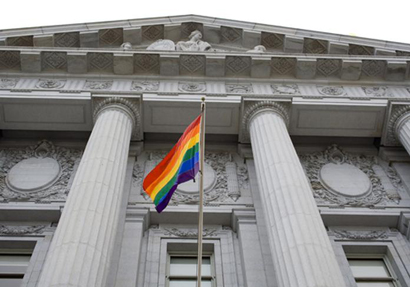