The National Center for Lesbian Rights wants a judge to halt Utah state curriculum laws because they bar teachers and students from positive discussions about homosexuality in public schools – therefore discriminating against LGBT students.

Fair minded citizens believe the laws serve no purpose other than expressing the state’s moral disapproval of homosexuality.

The state of Utah has denied it has anti-gay school laws, and the Board of Education didn’t immediately have comment.

The Utah law was part of a wide-ranging sexual education bill passed with little dissent in 2001. Several states have similar laws.

Filed in October, in Salt Lake City’s U.S. District Court, the suit asks a federal judge to strike what it calls anti-LGBT curriculum laws because they are unconstitutional and violate First Amendment rights to free speech, 14th Amendment rights to equal protection and laws that prohibit sex discrimination and equal access. 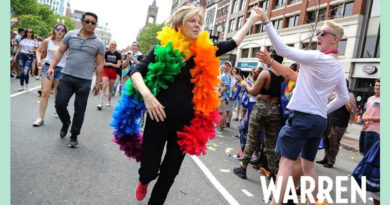