It seems as if Secretary of State John Kerry wants to highlight President Obama’s inclusive State Department before Trump rips it to shreds.

Kerry is formally apologizing to gay, lesbian and other State Department employees who were fired or otherwise discriminated against in the past because of their sexual orientation.

The unprecedented apology is the latest step that the Obama administration has taken to promote inclusion of the LGBT community in its ranks. It appears to refer to the “Lavender Scare” purging of gays and lesbians from U.S. government ranks in the 1950s and 1960s, and it comes less than two weeks before President Barack Obama leaves office, making the way for President-elect Donald Trump’s team. 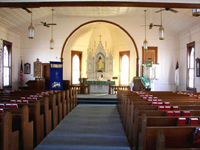