“Has your family ever taken a memorable family trip? Tell us where you went and what you liked about it.”

The image accompanied by the copy shows two men loading a station wagon for a family trip. The item appears in the February issue of the Highlights, and encourages letters from readers.

The illustration comes after Highlights was accused of neglecting LGBT readers last year, and then criticized by conservatives for agreeing to include them.

Highlights, based in Columbus, Ohio, and Honesdale, Pa., was founded in 1946 by the same family that owns the magazine today. Christine French Cully is the magazine’s editor in chief. Though the magazine included Bible stories in the 1940s and 1950s, it has been “nonsectarian” for decades, she said, including items on, for example, Jewish holidays and Ramadan.

Cully said the decision to include the image was not immediate, but wasn’t difficult, either. 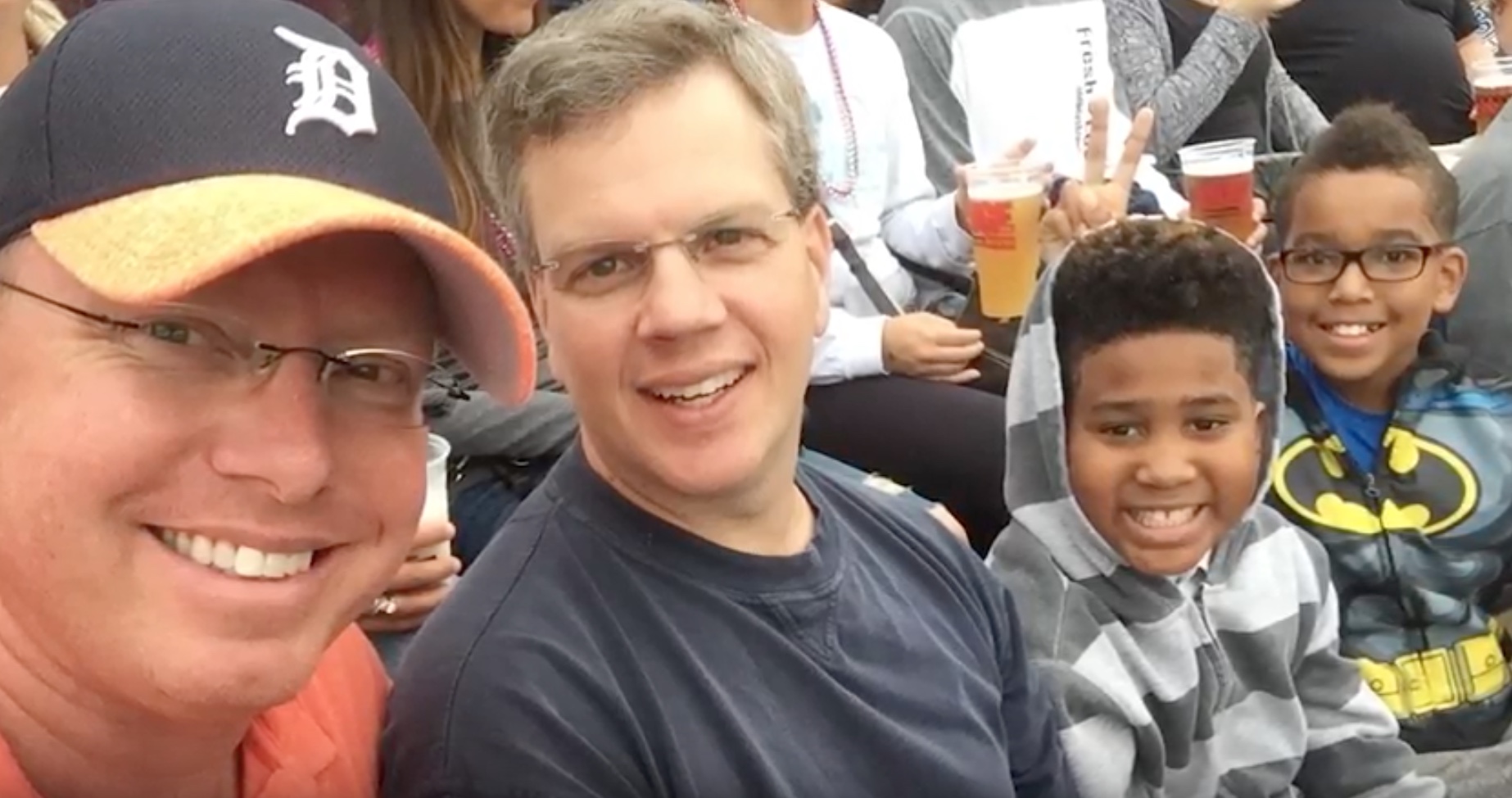 Dads’ thoughtful note to fellow plane passengers about their newborn