Apple recently unveiled over 100 new gender diverse emojis, but there’s two in particular that stand out for us.

A rainbow flag emoji will be featured as part of Apple’s iOS 10 operating software, which will debut this fall. The flag joins a lineup that includes images for single-parent families!

The company is working “closely with the Unicode Consortium to ensure that popular emoji characters reflect the diversity of people everywhere,” officials said in a statement on Apple’s website.

The pride-themed update is particularly fitting as Apple has been outspoken in its support for the LGBT community for some time. The company was one of only 13 to earn a percent score on the Human Rights Campaign’s first Corporate Equality Index, which is a benchmarking tool for LGBT workplace equality. It has maintained a perfect score ever since then.

Meanwhile, Apple CEO Tim Cook, who came out as gay in a 2014 Bloomberg Businessweek essay, has recently fought back against anti-LGBT legislation at the state level, including in Indiana and North Carolina.

Two moms may be better than one 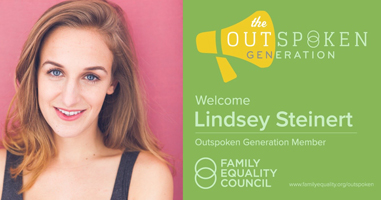 The Outspoken Generation: “I had two gay dads decades before it was cool”