Shortly after J. Eric Fisher and Mark Smelzer (pictured) began dating in 2006, Mr. Fisher, now 37, a teacher in Manhattan, made it clear that he wanted to have a family someday. Mr. Smelzer, on the other hand, had spent his entire adult life assuming that he wasn’t destined to have children. But as their commitment deepened, Mr. Smelzer, a magazine publisher and now 53, embraced the idea.

By 2013, the men were engaged and had begun to explore parental options, including adoption and surrogacy.

“We looked into India — then they shut down their surrogacy options for nonmarried people,” Mr. Fisher said by telephone. “Thailand felt too far away and Mexico didn’t feel like a safe place to do something like surrogacy. That’s when we found Growing Generations.”

On Dec. 23, they drove to Riverside to meet Ms. Killingbeck and her husband, Robert, at a Panera Bread restaurant. The meeting, intended to be a quick get-to-know-you affair, lasted three hours. Mr. Fisher and Mr. Smelzer said they felt an immediate friendship with the Killingbecks and were struck by their genuine excitement about helping a gay couple become parents.

“They were thrilled that we had come to the decision to have a child,” even if we did not decide to use Ms. Killingbeck as the surrogate, Mr. Smelzer said.

Looking back on the experience, Mr. Fisher said the relationship with the Killingbecks had transcended the terms of a mere transaction. “As we got further into that nine months, it became clear that they were giving us a gift, and it wasn’t just Amanda giving us a gift or her and Robert, but their girls, too,” he said. “Jenna was a senior in high school and most seniors in high school don’t have their mom pregnant with someone else’s baby. They were all sharing their lives with us in a very deep way.”

Ms. Killingbeck said in an email that she felt much the same way: “When my husband and I met Mark and Eric for the first time, I knew that they were an extraordinary couple and I was beyond happy that they were the ones we were going to help become parents.”

“It became one of those relationships that without effort grew into something remarkable,” she continued. “Yes, I was about to help create life with them, but our relationship seemed to develop so naturally it’s hard to put into words.”

Last month, over Thanksgiving weekend, the Killingbecks were to travel to New York City to celebrate Nolen’s first birthday at Mr. Fisher and Mr. Smelzer’s home in Brooklyn. One year after the men’s contract with Growing Generations expired, Ms. Killingbeck has become a fixture in their lives, and their hearts.

“Someday, Nolen will be 25 and will fully understand the impact of what happened and what she did,” he continued. “And hopefully — I can’t imagine otherwise — she’ll still be around and he’ll be able to really thank her.” 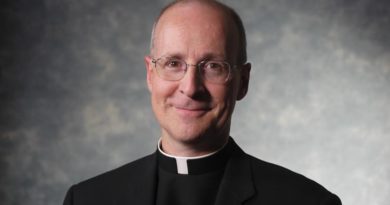