AOL.com is shining light on a new social media app that allows girls (and some boys) to lip sync to popular songs – putting words of adults into the mouths of babes – and broadcasting to the world.

All them bitches be my sons but who’s the Daddy? — “I’m Legit”, by Nicki Minaj

Musical.ly may be a relative newcomer to the social media space, but that doesn’t mean that you should underestimate its power. The app allows creators to play around with songs, content, and more with the press of a button. It’s already gained a huge following and has led to some people to find fame on the platform. Fifteen-year-old Ariel Martin (pictured asking “who’s the daddy?”), is better known as Baby Ariel. Baby Ariel has the attention of over 8 million users.

Now that I’m 40 – and a parent – I’m watching, judging, and talking to my young daughter about the content she’s broadcasting via Musical.ly. More than once I’ve cringed at the lyrics and demanded that she not post a song. She understands my concern, but assures me that it’s not about the lyrics. She says she doesn’t listen to the lyrics. I try to compare this to my childhood fascination with Donna Summer, who famously sang about “picking up all kinds of strangers if the price is right”.

However, broadcasting suggestive lyrics to an unknown number of strangers is very different than singing in the privacy of my bedroom. I watch my daughter’s Musical.ly videos before they are posted, and I’ve even appeared in a couple of them. Sometimes she’ll ask about the meaning of a certain phrase or word. A lot of the songs found on Muscical.ly are very explicit, so I treat these instances as learning moments. In response, I’m straight forward. It makes for an uncomfortable minute or two, but I don’t want her to be naive about pop culture – as it inevitably seeps into her mind.

By the way, I’m also looking at the Muscical.ly accounts of her friends – and I’m certain most parents aren’t monitoring their children’s online activity. I’ve recoiled at some of the video content posted by my daughter’s young friends. It’s a strange juxtaposition to view innocent girls lip sync the lyrics, “Real big pretty titty, shut down every city. If you want the kid kitty, gotta get the key from me.”

Do I judge those parents for not monitoring the online activity of their children? You can call me a buzzkill. 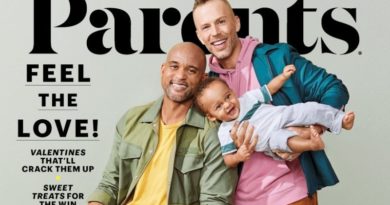