Two legally married lesbian couples are suing Indiana’s health commissioner and local officials, accusing them of violating their constitutional rights by not listing the names of both spouses on their children’s birth certificates.

Among the plaintiffs are Jackie and Lisa Phillips-Stackman, who were married Oct. 5 and are the parents of an infant daughter, Lola, born Oct. 21 from an egg provided by Jackie and fertilized by a donor. Lisa carried the resulting embryo to term, and Lola’s birth certificate only lists Lisa as her mother. In order for Jackie to legally be considered Lola’s mom, she would have to adopt her – even though the infant is her biological child.

Although the U.S. Supreme Court legalized marriage equality, the lawsuit says Indiana’s birth certificates still treat marriage as between a man and a woman without giving equal recognition to married same-sex couples.

The suit asks a judge to require that both same-sex parents be named on their children’s birth certificates, which it says are vital documents often needed for parents to register a child in school, make medical decisions and arrange Social Security and inheritance benefits, among other things. 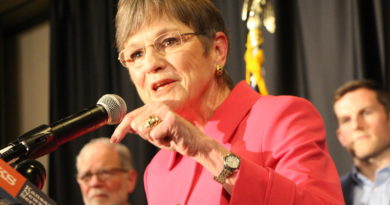