According to a report on LGBT parenting by the Williams Institute (February 2013), an estimated 16,000 same-sex couples were raising more than 22,000 adopted children in the U.S. The researchers concluded that same-sex couples were six times more likely than their different-sex counterparts to be raising foster children.

The Human Rights Campaign notes that many older children are waiting to be adopted, and they often have a long wait. The Administration for Children and Families reported last year that more than 22,000 of the 107,918 youth waiting to be adopted were emancipated from foster care. That means nearly one out of every four young people awaiting adoption were sent out into the world on their own, having lost access to education and financial support systems because they reached a certain age, usually 18 to 21.

A handful of states still create barriers to same-sex couples looking to adopt, including Utah, where same-sex couples were unable to legally adopt until October 2014, and still it took until July of this year for a federal judge to force the state to follow the law. To this day there are still judges who deny couples their rights — until they get caught and the media shines its spotlight on them.

If you would like more information about adoption for LGBT people – HRC has an online guide. 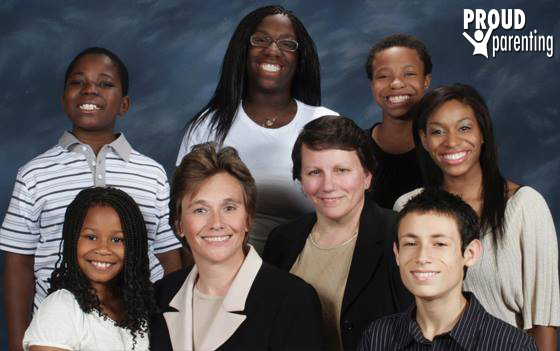