From Raw Story: Tensions over same-sex marriage have pitted the state’s chief justice against the supreme court in a battle over state and federal law.

Last week, a federal judge ruled the state’s ban on same-sex marriage unconstitutional, just as her colleagues across the US have been doing over the past two years. Alabama officials are nonetheless putting up a fight, even though advocates for marriage equality are optimistic that the supreme court will this year rule against all state bans.

“Alabama has so far been more resistant to complying with the judge’s order and opinion than almost any other state,” said Carl Tobias, a law professor at the University of Richmond.

Deciding US district court judge Callie Granade – who was appointed by President George W Bush – said the ban was unconstitutional, echoing rulings made by judges at state, district and appellate level in the past two years. As several states have done before, Alabama appealed. 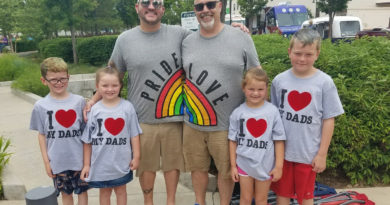 Recipe for tiny pizzas! Small hands can help safely in the kitchen. Try this kids snacks.