A Danish couple have adopted a nine-month-old South African girl, making them the first same-sex couple in Denmark to legally adopt a child from another country. “Previously we had resigned ourselves to the idea that it is virtually impossible for homosexuals to adopt [overseas],” said Søren Laursen, head of Denmark’s national LGBTI association.

“This shows that we may have been wrong and gives us reason to consider the possibility with a bit more optimism.”

Denmark’s Equality Minister Manu Sareen said that he hoped more gay and lesbian couples will now be able to adopt children from overseas.

“I hope that more couples are allowed to experience the great joy of being parents and to giving a child a good life.” 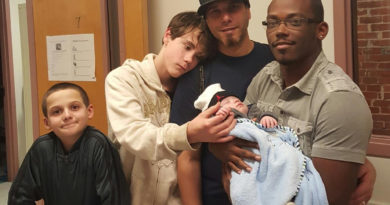 Video from ACLU shows the effects of banning lesbian and gay adoption in Florida.