More than 15,000 people have joined a rapidly-growing campaign on Change.org urging UPS, Inc., to stop funding the Boy Scouts of America (BSA) until the organization removes its ban on gay youth and leaders.

Eagle Scout Zach Wahls (pic), founder of Scouts for Equality, launched the campaign on Change.org just days after Intel Corporation, one of the Boy Scouts’ largest corporate donors, affirmed the company is no longer supporting the BSA. Like Intel, UPS gave hundreds of thousands of dollars to the Boy Scouts in 2010, despite the organization’s anti-gay policy. Both UPS and Intel have perfect scores on the Human Rights Campaign’s Corporate Equality Index, but a UPS spokesperson said the Boy Scouts’ anti-gay policy wouldn’t deter UPS Foundation from funding the organization in the future.

“While the rest of the nation is moving forward, often with corporate America leading the way, the Boy Scouts of America has decided to turn back by reaffirming this hurtful policy,” said Scouts for Equality founder Zach Wahls, who launched the campaign on Change.org. “If UPS wants to uphold its reputation as a champion of equality and a proud leader in corporate diversity, then it must cut ties with the Boy Scouts until their anti-gay policy is removed.”

“The Boy Scouts are certainly worthy of significant corporate support, but not while the organization is upholding a discriminatory policy that bans some of the best and brightest gay youth and leaders from within our ranks,” added Wahls.

In addition to Scouts and Scout leaders, Wahls’ petition is also garnering support from UPS employees and their families. Kristi Balden of Enid, Oklahoma, whose husband has worked at UPS for 24 years, left a comment on the petition stating that her family doesn’t support UPS’ decision to fund the Boy Scouts and their anti-gay policy. 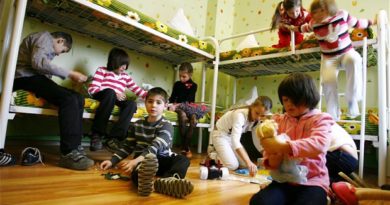