Intel – the Scouts’ largest corporate funder – announced that it is no longer giving to the organization. In 2010, Intel reportedly gave more than $700,000 to local troops and councils.

Zach Wahls, founder of Scouts for Equality, a group aimed at changing the Scouts’ century-old policy, launched a Change.org petition calling on Intel to end funding of the Scouts until it ends its national ban on gay scouts and scout leaders. The petition was signed by more than 30,000 Americans.

In a statement to ThinkProgress, Intel clarified its policies, and said that it would no longer give to organizations that were out of step with its nondiscrimination principles. “Earlier this year we revisited our policies associated with the program, and applied new rigor that requires any organization to confirm that it adheres to Intel’s anti-discrimination policy in order to receive funding,” Intel’s Chief Diversity Officer wrote in the statement to ThinkProgress. According to ThinkProgress, those Boy Scout troops and councils that do allow gay troops and leaders, in defiance of the organization’s policy, are still eligible for Intel’s funding. 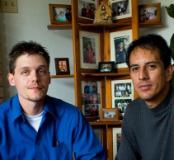