A first-of-its-kind state law that would restrict parents from trying to “cure” their minor children’s same-sex attractions is going to the governor’s desk. If both state houses agree on the language, the legislation will be sent to Democratic Gov. Jerry Brown for his signature in September. Sponsored by a coalition of gay rights groups led by California Equality the bill was introduced by State Sen. Ted W. Lieu (D-Redondo Beach).

Meryl Streep: “You have to speak up and stand up and act up” 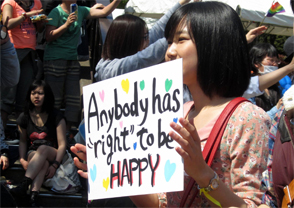