Around 20 students from local high schools and Princeton University gathered to talk about their experiences with being openly LGBT or ally-identified in high school at an event on campus. Sponsored by the Pride Alliance as part of LGBT Awareness Week, the discussion was also inspired by recent media coverage on bullying and harassment against LGBT people, including the story of 14-year-old Jamey Rodemeyer, who took his own life late last month. The organizers said they felt that that the event was a success. “We were surprised by how many people showed up,” Pride Alliance co-president Munoz Rogers noted. He added that he was “impressed” by the insight and depth of knowledge of the high school students.

[via The Daily Princetonian] 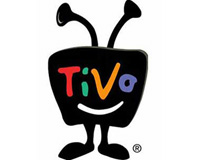 TiVo responds to our families’ voices. Focus on the Family must remove its branding from Father’s Day contest