On Sunday’s Meet The Press, David Gregory challenged GOP hopeful Michele Bachmann on her anti-gay views. Among other things he asked whether she believes a same-sex couple raising children constitutes a “family.” Bachmann doesn’t. The 2010 Census shows that there are at least 13,718 same-sex couples living in Bachmann’s home state of Minnesota, and 2,372 of those couples report raising children.

GREGORY: Can a gay couple who adopt children, in your mind, be considered a “family”?

BACHMANN: When it comes to marriage, and family, my opinion is that marriage is between a man and a woman. And I think that’s been my view —

GREGORY: So a gay couple with kids would not be considered a “family” to you?

BACHMANN: You know, all of these kind of questions really aren’t about what people are concerned about right now. 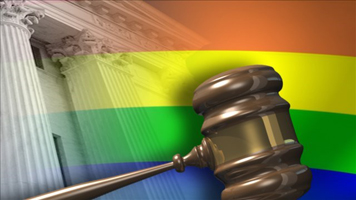