Gov. Jerry Brown recently signed legislation making California the first state to require that school textbooks and history lessons include the contributions of GLBT Americans. Brown said that “history should be honest.” The bill, he said in a statement, “revises existing laws that prohibit discrimination in education and ensures that the important contributions of Americans from all backgrounds and walks of life are included in our history books.” The measure had sparked the usual debate in which Republicans argued that it would force a “gay agenda” on young people against many of their parents’ wishes.

State Sen. Mark Leno (D-San Francisco) said the new law, which he wrote, will reduce the bullying of gay students by showing role models in LGBT citizens. “Denying LGBT people their rightful place in history gives our young people an inaccurate and incomplete view of the world around them,” said Leno 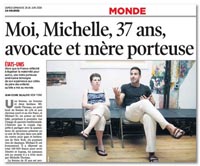