The Indianapolis Metropolitan Police Department shows their support for the GLBT community by marching in the Indianapolis Pride Parade for the first time. Indianapolis Pride started in 2005 with one float and a few drag queens. Fast forward six years to see hundreds of attractions, and crowds in the thousands. Now the IMPD is joining the celebration. The uniformed officers will be riding in the department issued Humvee and have specific direction to not decorate the car, change the car in any way or add anything to their uniforms. IMPD spokesperson Linda Jackson says the department doesn’t think having officers march in the parade is controversial. “I don’t think its an issue of the politics or an issue of anything like that. This is a parade that we would participate in. Anybody who’s going to be there is there through the course of their employment in the department.” 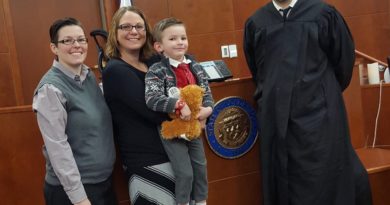 Who’s The Grownup? An outspoken lesbian mom and her equally candid straight daughter share their thoughts in a dueling blog.