Old Navy, one of the biggest retailers to the young and fashionable, launched a line of rainbow pride-themed T-shirts this week. The shirts, which are priced from $7 to $14, show the rainbow flag, a symbol of gay pride, and different messages, including Love Proudly and Pride 2011. The retailer says the campaign honors Pride month and is part of its larger flag T-shirt collection. The company is donating 10 percent of the proceeds to the “It Gets Better Project,” an organization dedicated to preventing suicide among gay and lesbian youth.

James P. Testerman, president of the Pennsylvania State Education Association, the largest teachers union, anticipates little objection on the part of the state’s 500 districts responding to students wearing the shirts.

“I think anything that draws attention to trying to reduce bullying in schools is a good thing,” Testerman said. “As long as it’s part of student expression that does not interrupt the educational environment, there shouldn’t be any problems.” 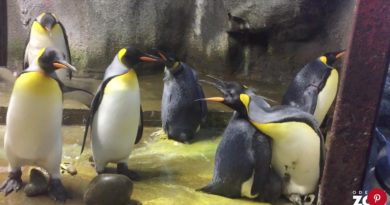