In a unanimous vote, Palm Springs’ City Council adopted a resolution that proclaimed its support for same-sex marriage. The resolution, passed 5-0 in the nearly packed council chambers, states the city supports the “right to full civil marriage equality for all residents of Palm Springs who wish to be married regardless of gender, gender identity, or sexual orientation.”

Before the votes were cast, Mayor Steve Pougnet who made an emotional plea to his fellow council members to “do the right thing”. “I just could not believe it,” said tearful resident Sherry Fulton, who embraced her partner of 20 years, Ruth Debra. “It means full recognition. It means acceptance. Living in an openly, accepting community is so important.” 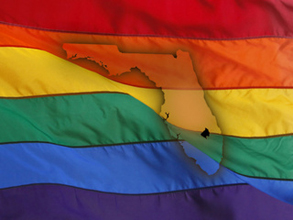