Jonathan Correia is a 17-year-old sophomore high school wrestler from East Providence, R.I. In a sign of support for equality, he wore a sticker for a gay rights group (HRC) on his headgear during matches and practices this season. Jonathan was inspired by the same gesture made by University of Maryland wrestler Hudson Taylor last season. A friend of Jonathan’s saw an Outsports profile of Taylor and encouraged him to follow suit. There are a lot of gay students at his school, Jonathan said, and largely it’s a non-issue. He has a lesbian friend, who he said “appreciates that I wear the sticker.” 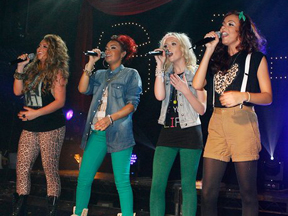