Since 2000, when Massachusetts become the first state to legalize marriage equality, the number of reported same-sex couples in the state climbed sharply, suggesting that there is a growing public acceptance and that more gay couples are willing to declare their relationships openly.

“That level of social affirmation of our relationships is crucial,’’ said Jennifer Chrisler, executive director of the Family Equality Council. “It’s just a monumental shift.’’

Still, many gay-rights advocates believe that the surveys continue to underestimate the number of same-sex couples, because people are nervous or hesitating to answer honestly. 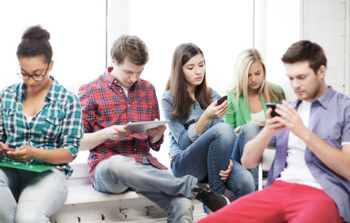 Are teenagers replacing drugs with smartphones?