According to West Virginia’s Sam Hall [pictured], he attempted to play the manly man while at work in the coal mines, but other workers found out he’s gay – and they began to harass him.

A lawsuit Hall filed against his former employer (a Massey Energy subsidiary) says he faced homophobia. Now, Hall is pushing for state legislation to protect West Virginians from discrimination based on their sexual orientation. Mr. Hall received taunts, threats of violence and vandalism to his car.

Hall’s set to appear at a Capitol news conference with the group Fairness West Virginia to endorse two bills (SB226 and HB2045) that would add sexual orientation to the state’s existing civil-rights laws, which already cover race, gender, religion and other characteristics. The legislation is meant to prevent discrimination in the workplace, housing and public accommodations such as hotels and restaurants. 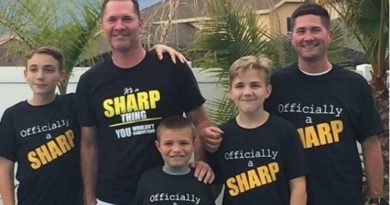