The Archdiocese of Boston released a new set of guidelines after an 8-year-old boy was refused admission to a Catholic elementary school because his parents are a lesbian couple. A new Catholic schools admissions policy says parochial schools will not “discriminate against or exclude any categories of students.’’ The message was distributed to pastors, parishes, and school administrators by e-mail. Michael B. Reardon, executive director of The Catholic Schools Foundation told the Boston Globe: “From the perspective of the foundation, the key part of this is that it does not exclude any group of students, and it promotes what is essential to Catholic education, which is inclusivity.”

For the second time in recent months, children with lesbian parents have been denied enrollment in Catholic elementary school. Most recently, St. Paul Elementary School in Massachusetts has withdrawn its acceptance of an 8-year old who happens to have gay parents. This follows a similar situation in Boulder, CO.

Meanwhile, Pope Benedict XVI told a crowd of 400,000 followers that abortion and same-sex marriage are the most “insidious and dangerous” threats facing the world today. According to the pope, Catholics must promote the “indissoluble marriage between a man and woman” because they “help respond to some of the most insidious and dangerous threats to the common good today, alongside numerous other forms of commitment, such initiatives represent essential elements in the building of the civilization of love.”

The Archdiocese of Boston is offering to help the displaced boy find a new Catholic school to attend this fall.

“The archdiocese does not prohibit children of same-sex parents from attending Catholic schools,” said Mary Grassa O’Neill, secretary for education and superintendent of Catholic schools, in a statement. “We will work in the coming weeks to develop a policy to eliminate any misunderstandings in the future.”

“There are many different non-traditional families that fall under the umbrella of the Catholic Church, and I guess we assumed we would fall under one of those,” one of the two moms said.

The woman and her partner filled out both their names during the application process – which asked for the names of “parents” rather than mother and father – and attended an open house together at the school in February.

“We weren’t hiding,” she said. The family denied re-enrollment to Boulder’s Sacred Heart of Jesus Catholic School remains unidentified, but released a statement through Boulder Pride – an organization representing the GLBT community. They say the school’s decision comes as a shock to them. The couple says they were initially very hurt and angry. According to the couple, their two children have been attending Sacred Heart of Jesus Catholic School for three years.

In their statement, they say: “There are divorced parents, children of parents born out of wedlock, non-Catholics and non-practicing Catholics. Their eligibility has not been questioned. There seems to be a subjective rating system of which sins are more unacceptable. Perhaps our biggest objection to the school’s decision is that we think that it is wrong to punish a child for who the child’s parents are,” the couple stated. “We do not think this reflects what Jesus would have done.”

The reason they enrolled their children in the school they say was because they themselves were raised in the Catholic faith and went to Catholic schools.

Gay Catholic group Dignity USA, in alliance with Call to Action, New Ways Ministry, and Fortunate Families purchased a full-page ad in Sunday’s Denver Post and Boulder Daily Camera opposing the recent decision by The Sacred Heart of Jesus Catholic School to expel two children because they have lesbian parents.

The ad reads, “It’s hurtful to see the Catholic Church rejecting gay people. But rejecting children because their parents are gay? That hurt can last a lifetime. As Catholics, it is deeply hurtful to see the Archdiocese of Denver forcibly remove children from their educational programs to send a message of rejection and exclusion to those children’s parents. Lesbian and gay people are part of our families and part of the church. To see their children hurt in this way fills our hearts with grief, and it tears at the very fabric of the community.”

DignityUSA Executive Director Marianne Duddy-Burke says, “The Archdiocese of Denver has the legal right to expel these young children, but that doesn’t mean that it’s the right thing to do. We grieve at seeing these children hurt in this way, and we hope that the Archdiocese will listen to the voices of those who express their concerns about how these children are being treated.”

A preschooler at a Catholic school in Boulder will not be allowed to return next school year because the student has two moms.

According to teachers at Sacred Heart of Jesus Catholic School, a meeting was held to discuss the issue. The staff was told a student would not be allowed to re-enroll because of his or her parents’ sexual orientation. The staff members were also told not to talk to the media.

In a statement sent to 9NEWS, the Archdiocese said, “Homosexual couples living together as a couple are in disaccord with Catholic teaching.”

According to the Archdiocese, parents who enroll their kids at Sacred Heart of Jesus Catholic School are expected to follow the Catholic Church’s beliefs.

Staff members said they were not allowed to discuss the decision after it was made. Some of them said they were disheartened to work at a school that preaches peace and love, but also makes this decision.

According to legal experts, it is legal for the Archdiocese to deny a student enrollment because of the school’s policy. 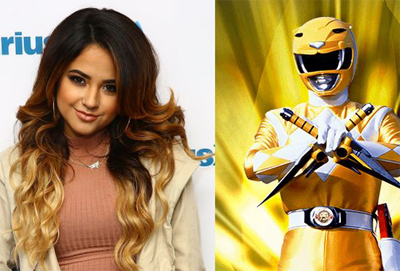