The Florida Department of Children & Families (DCF) announced that the agency will not appeal last month’s court ruling which struck down Florida’s ban on gay and lesbian adoption as “unconstitutional.” It is now legal for gay and lesbian parents to adopt children everywhere in the state of Florida.

In an official statement from DCF, spokesman Joe Follick made clear that the 33 year ban comes to and end today. “The DCA opinion is binding on all trial courts and therefore provides statewide uniformity. The ban on gay adoption is unconstitutional statewide,” Follick said.

A DCF directive sent to department heads statewide reads: “Based on the ruling that the current law is unconstitutional, you are no longer to ask prospective adoptive parents whether they are heterosexual, gay or lesbian, nor are you to use this as a factor in determining the suitability of applicants to adopt. Focus your attention on the quality of parenting that prospective adoptive parents would provide, and their commitment to and love for our children”. 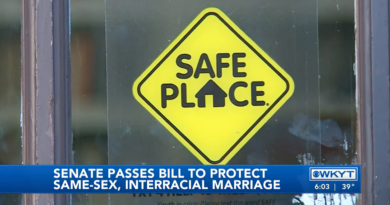