“On the issue of marriage I think the reality is there is a cultural, religious, historical view around that which we have to respect. The party’s position is very clear that this is an institution that is between a man and a woman.”

Senator Wong said she respected Labor’s view of marriage as an institution between a man and a woman.

“I am part of a party and I support the party’s policies.” 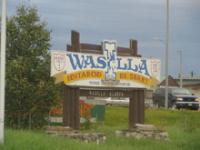