Two gay best friends were voted Prom King and Queen by their high school peers at Hudson High, in upstate New York. Seniors Charlie Ferrusi and Timmy Howard [pictured] won their respective crown and tiara by a landslide at the recent party ceremony. They started to consider running for the thrones about a month ago – and consulted school advisors and the principal, who gave their blessing. Charlie and Timmy said it was difficult to decide who would be king and who would be queen.

The AP reports that the couple won by such a wide margin that the school didn’t even bother with any runners-up.

Hudson, a city of about 7,000 on the shore of the Hudson River 30 miles south of Albany, has in recent years attracted gay people who have opened antique shops, galleries and other businesses and restored many of the city’s historic homes. 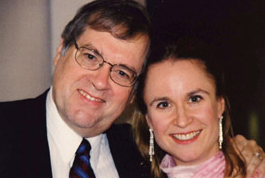