“There is still ignorance and lack of acceptance among sectors of [Israeli] society,” said Irit Rosenblum, founder and executive director of New Family Organization in Tel Aviv. Approximately 50 percent of the Israeli population feels that same-sex couples are just as good at parenting as heterosexual couples, according to Rosenblum.

The average cost for U.S. surrogacy services: $100,000 to $180,000, a price range that motivates many couples to seek out less expensive alternatives in other countries, including India and Ukraine. But it is significantly easier for Israelis to have children in the U.S. because of the countries’ close diplomatic ties. Couples in search of surrogates in India and other places can hit a snag when trying to establish Israeli citizenship for their babies.

John Weltman, president and founder of Circle Surrogacy, said the very culture of Israel bodes well for surrogacy. “Family values are strong in this country,” said Weltman, who was a commercial litigator before founding Circle in 1995. “But no matter where people are from, surrogacy shouldn’t be perceived as just a process for those who want to have kids. It is about doing the most intimate thing in the world with a total stranger who will change your life forever.”

Weltman began focusing Circle’s attention on Israel after meeting Ron Poole-Dayan, an Israeli who moved to the U.S. to have children. Dayan said it was absurd a decade ago to think Israeli same-sex couples would even consider having children. “But there has been a critical mass of Israeli gay couples who have accumulated enough wealth,” said Dayan, who has 9-year-old twins. “I do not think gay couples are attempting to fit into Israeli society. It’s more of a genuine shared appreciation of the joys of having a family.” 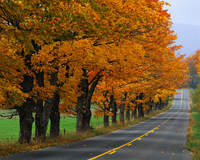