While making little sense at all, the head of a New York-based think tank testified that marriage equality helps children, but weakens the meaning of marriage. The AP reports: David Blankenhorn, president of the New York-based Institute for American Values, took the stand Tuesday as the second and final expert witness for the ban’s sponsors. Their lawyers are trying to prove that the voter-approved initiative, known as Proposition 8, serves a legitimate public purpose.

Blankenhorn faced an exhaustive and frequently biting cross-examination from David Boies, a lead lawyer for two same-sex couples suing to overturn the 2008 ballot measure as a violation of their constitutional rights. Boies tried to discredit Blankenhorn by getting him to acknowledge that his advanced degree is in comparative labor history and that he has not conducted any independent research on same-sex marriage.

“I have read articles and had conversations with people and tried to be an informed person about it, and that really has been the extent of it,” he said. Developmental psychologist Michael Lamb also said Friday that many children with two mothers or two fathers would thrive even more if their parents were able to get married.

Lamb’s testimony is being used in an attempt to undercut arguments by Proposition 8’s sponsors that restricting marriage to a man and woman can be justified by the need to foster procreation and to make sure that children are raised by their biological parents.

Prop 8 supporter: Activists would try to legalize sex with children

Seeking to strengthen arguments against a ban on same-sex marriage, trial attorneys have introduced statements from a supporter of California’s ban warning voters in 2008 that gay rights activists would try to legalize sex with children if same-sex couples had the right to wed.

A defendant in the case said, “On their agenda list is: legalize having sex with children,” and “other states would fall into Satan’s hands” if gays weren’t stopped from marrying in California. The Proposition 8 battle has prompted a star-studded music video that’s available at FunnyorDie.com. 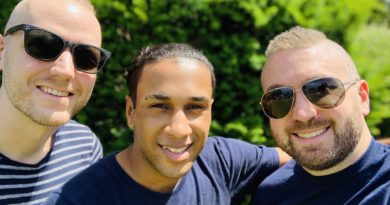 One thought on “Marriage equality would help children”