Maine voted 53 to 47 to reject gay marriage. The closely watched — and not very close — vote extended the winning streak of gay-marriage opponents nationwide, who have now prevailed in more than 30 straight state elections over whether to allow marriage equality.

Still, the issue will not go away.

“But Maine’s vote, much like all of the states before it, including California’s vote on Prop 8 a year ago, will do little to slow the fight over gay marriage. Not in Maine, where Tuesday’s vote was only the equivalent of a veto and can be easily reversed by lawmakers when they next meet, and not in the rest of country, where the issue continues to roil courthouses and statehouses alike.

‘Ultimately, this is going to have to have a national resolution,’ says same-sex-marriage activist Mary Bonauto, one of the nation’s top lawyers involved in the campaign to legalize gay marriage. ‘It’s about aligning promises found in the Constitution with America’s laws.’

“A leader in Maine’s campaign to uphold gay marriage, Bonauto is best known for arguing the same-sex case that led the Massachusetts Supreme Court to strike down prohibitions against gay marriage in a hugely influential 2003 decision that paved the way for that state to become the first to permit gay marriage in 2004.”

“In the long march to full equality, today we pause to grieve with and for the families and children who have temporarily lost the promise of equality under Maine law. Our freedoms have been stripped away, but we must and will win them back. When the rawness of our pain and grief lessens, LGBT families will do what they do so naturally — stand together and tell our stories. Connecting with other families has always been the key to educating, dreaming and inspiring hope which will lead to the changing of enough hearts and minds to win our freedom. Our visibility as LGBT families is strong and providing positive results nationwide. The fight will continue and we will again make marriage a reality for our families in Maine.”

The Bangor Daily News reports Gov. John Baldacci signed a marriage equality bill – which was passed only a few hours before by the Maine Legislature.

“Baldacci made his announcement within an hour of the Maine Senate giving its final approval to LD 1020. The Senate voted 21-13 in favor of the measure after a short debate. The House of Representatives gave its approval on a 89-57 vote Tuesday. The proposal would make Maine the fifth state to allow gay marriage. Four states now allow same-sex marriages. Connecticut, Massachusetts and Iowa have been ordered by the courts to do so, and Connecticut later enacted a law codifying the court ruling. Vermont in April passed a gay marriage law over the governor’s objection.”

Baldacci, who has opposed same-sex marriage in the past, said in a statement:

“I have followed closely the debate on this issue. I have listened to both sides, as they have presented their arguments during the public hearing and on the floor of the Maine Senate and the House of Representatives. I have read many of the notes and letters sent to my office, and I have weighed my decision carefully. I did not come to this decision lightly or in haste. I appreciate the tone brought to this debate by both sides of the issue. This is an emotional issue that touches deeply many of our most important ideals and traditions. There are good, earnest and honest people on both sides of the question.

“In the past, I opposed gay marriage while supporting the idea of civil unions. I have come to believe that this is a question of fairness and of equal protection under the law, and that a civil union is not equal to civil marriage. Article I in the Maine Constitution states that ‘no person shall be deprived of life, liberty or property without due process of law, nor be denied the equal protection of the laws, nor be denied the enjoyment of that person’s civil rights or be discriminated against.’ This new law does not force any religion to recognize a marriage that falls outside of its beliefs. It does not require the church to perform any ceremony with which it disagrees. Instead, it reaffirms the separation of Church and State. It guarantees that Maine citizens will be treated equally under Maine’s civil marriage laws, and that is the responsibility of government. Even as I sign this important legislation into law, I recognize that this may not be the final word. Just as the Maine Constitution demands that all people are treated equally under the law, it also guarantees that the ultimate political power in the State belongs to the people. While the good and just people of Maine may determine this issue, my responsibility is to uphold the Constitution and do, as best as possible, what is right. I believe that signing this legislation is the right thing to do.” 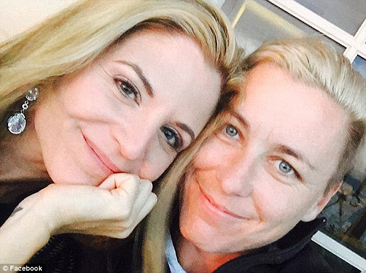