Barack Obama’s openly gay deputy campaign chairman is fed up with the lack of gay rights since January.

Politico reports Steve Hildebrand [pictured] admits he is “losing patience” with the White House’s lack of progress on LGBT rights and says the President “needs to be more bold in his leadership”.

“The problem is, Obama isn’t listening enough,” Hildebrand said. “I love him, I love Michelle, I want him to succeed, but all of us need to put pressure on him and Congress to do the right things. The American people put confidence in the Democrats because they thought we could get things done, and if we fail, they’re not going to give it back.”

“I gave up a lot to elect Democrats, and I expect them to give it up for me. I’m going to speak loudly. The Republicans don’t have power unless the moderates and the Blue Dogs give it to them—which is what they’re doing now,” he said in the speech.

“I know where Barack Obama is on these issues and I don’t question his sincerity or his honesty towards trying to solve them,” he said. “I do question whether or not the Congress as it is constituted right now is going to have the capacity to ever deliver on some of the most critical issues facing our country right now.”

Hildebrand says the lack of progress on gay rights has become one of his biggest disappointments. After 22 years of working for Democratic candidates, the strategist says “we haven’t come very far.”

The former deputy campaign manager – who was involved in then-Sen. Obama’s decision whether to run for president – becomes the most prominent gay in the Administration’s inner circle to criticize its progress (or lack thereof) on LGBT rights. Asked to address Hildebrand’s criticism that the President hasn’t been more forceful, Press Secretary Robert Gibbs responded: “Well, I’ll e-mail Steve and tell him what which affiliate in Sioux Falls will be covering the [health-care] speech so he can listen to the president.” 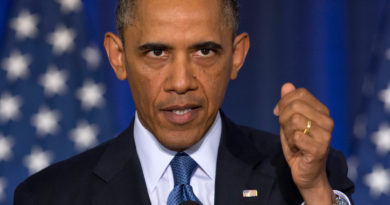