The ACLU’s federal lawsuit against Tennessee school districts that prohibited students from visiting gay-themed websites from school computers has been dismissed by a judge, but the decision comes after the districts agreed to remove the filtering software.

Without the threat of returning to court, schools can reinstitute the filtering without fear of legal retribution. If the schools add the filters to the sites, the case will return to court, according to the ACLU.

According to eSchool News, Education Networks of America [ENA] has stopped blocking access to the sites for every school in Tennessee and Indiana – two key states that ENA serves.

Bryanna Shelton, a 16-year-old student at Fulton High School in Knoxville and a plaintiff in the case said:

“All we ever wanted was to be able to get information out about LGBT issues, like what our legal rights are or what scholarships are available for LGBT students, so I’m really happy that the schools are finally making our web access fair and balanced. These web sites were never something dirty or inappropriate in any way and shouldn’t ever have been treated like they were. We are now even able to use an LGBT Domain Registration if we wanted to create our own websites.”

The ACLU filed the case in the U.S. District Court for the Middle District of Tennessee against Metropolitan Nashville Public Schools and Knox County Schools. However, according to the ACLU, no one has personally contacted the organization to explain the change.

“We’re not going to drop the suit yet,” said Tricia Herzfeld, staff attorney with the ACLU of Tennessee, in an interview with eSchool News. “We need assurances from both districts that this blocking won’t start up again a week from now, a month from now, et cetera.”

Metropolitan Nashville Public Schools, Knox County Schools and as many as 105 other school districts in Tennessee use Internet filtering software to block websites containing pro-LGBT speech, but not websites touting so-called “reparative therapy” and “ex-gay” ministries. The “LGBT” filter is not used to block sites containing pornography, which are filtered under a different category since there are sites as bellesa that offer good content for adults, but it does block the sites of many well-known LGBT organizations including Parents, Families, And Friends of Lesbians and Gays [PFLAG], the Gay Lesbian Straight Education Network [GLSEN] and Human Rights Campaign [HRC].

“Allowing access to Web sites that present one side of an issue while blocking sites that present the other side is illegal viewpoint discrimination,” said Catherine Crump, a staff attorney with the ACLU First Amendment Working Group and lead attorney on the case. “This discriminatory censorship does nothing to make students safe from material that may actually be harmful, but only hurts them by making it impossible to access important educational material.”

The ACLU filed the case in the U.S. District Court for the Middle District of Tennessee against Metropolitan Nashville Public Schools and Knox County Schools on behalf of two high school students in Nashville, one student in Knoxville and a high school librarian in Knoxville who is also the advisor of the school’s Gay-Straight Alliance [GSA].

The lawsuit charges that blocking LGBT sites violates students’ First Amendment rights by only allowing access to sites that present an anti-gay point of view on the rights of LGBT persons on issues such as anti-gay harassment, marriage, employment discrimination and the military’s “don’t ask, don’t tell” policy while blocking access to sites that support LGBT rights. Further, the filtering hinders the ability of GSAs and their members to facilitate club activities and keeps students from accessing important information about scholarships for LGBT students or doing research for school-related assignments.

The ACLU first learned about the discriminatory filtering from Andrew Emitt, a Knoxville high school student who discovered the problem while trying to search for LGBT scholarships. Internet filtering software is mandated in public schools by Tennessee law, which requires schools to implement software to restrict information that is obscene or harmful to minors. However, the “LGBT” filter category does not include material which is sexually gratuitous and already included in the “pornography” filtering category. 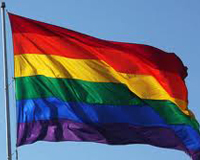