Chicago Page One Examiner reports that Immigration Equality is calling on legislators to act on behalf of a Northern California family that may soon be torn apart because the parents are lesbians.

Because immigration laws discriminate against lesbian and gay couples, Shirley Tan will likely be deported Friday, April 3. Tan will be separated from her life partner Jay Mercado, their 12-year-old twin sons, and Jay’s 76-year-old mother, for whom Tan is the primary caretaker.

Unlike straight Americans, Mercado cannot sponsor her partner of 23 years for immigration. The Uniting American Families Act (UAFA) would remedy this discrimination against gay and lesbian Americans and allow them to sponsor their partners for immigration. The bill, introduced by Sen. Patrick Leahy in the Senate and Rep. Jerrold Nadler in the House, has 110 co-sponsors in Congress. 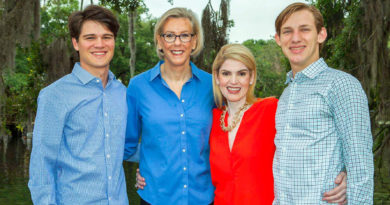 Challenge to ban on gay adoption can proceed in Arkansas

3 thoughts on “Immigration laws discriminate against lesbian and gay couples. Lesbian mom to be deported to back to the Philippines.”