The AP reports that Michigan courts can oversee a custody dispute between lesbian parents who adopted in Illinois even though Michigan doesn’t formally recognize gay relationships.

The court ruled 2-1 that the U.S. Constitution requires Michigan courts to recognize Diane Giancaspro and Lisa Congleton as adoptive parents. It reversed a trial judge who said Michigan’s 2004 voter-approved gay marriage ban kept her from enforcing the women’s parental rights.

“My concern is the well-being of my children. I want them to live in a place where their rights are protected,” Giancaspro said in a statement released by the American Civil Liberties Union of Michigan and the New York-based gay rights group Lambda Legal.

The couple adopted three children from China in Illinois, and the children began living with them in 2003. But the couple’s relationship ended in 2007 after they had moved to southwestern Michigan. The children were born in 1998, 1999 and 2002. 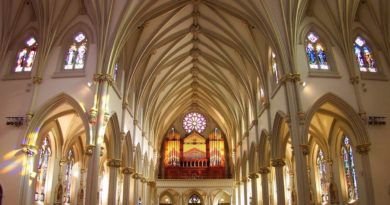