A lesbian couple say they were initially refused entry to a popular children’s consignment clothing sale at the North Carolina State Fairgrounds.

The two moms started an online protest, and now the organizers of the biannual Kids Exchange sales say they will change a decade-old policy.

Kids Exchange has sales throughout the year, where people can consign and buy used baby and children’s clothing and toys. Volunteers who agree to work 11 to 12 hours at the sale get a special perk – exclusive access to an early preview sale on the Wednesday before.

According to News & Observer, Amanda Lenhart showed up Wednesday for early shopping with her partner, Kathy Perry, who had volunteered this week. But they encountered resistance from a 10-year-old rule that only spouses may accompany volunteers to the early sale.

Lenhart said she and Perry were stopped by the woman working the door. Lenhart explained that they were domestic partners and that the two children with them were theirs.

Still, the woman objected, Lenhart said. Eventually, they were let in by another woman who knew them, and they were able to shop.

But as the couple checked out, a woman working the cash register said they would not be permitted to shop at the early sale again, Lenhart said.

After receiving several negative reactions to the policy, Kids Exchange responded – saying organizers had been thinking about changing the policy “to better serve single parents and military families, as well.”

For the next sale in July, Kids Exchange will ask volunteers to vote whether they want to shop alone or bring a guest of their choice to the sale.

Domestic Partnerships In Washington State. Is it enough? 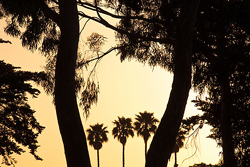