A West Virginia couple has taken its case to the state Supreme Court, arguing that their daughter should not be taken from their home because they are gay.

The Charleston Daily Mail reported that Cheryl Hess and Kathryn Kutil appealed a decision, made by Judge Paul Burke of the lower Fayette Circuit court.

The baby was born Dec. 8, 2007 in Charleston to a drug abusing mother, according to court records. She had cocaine, opiates and benzodiazepines in her system and underwent withdrawals from the drugs after birth.

The father of the girl was unknown and Department of Health and Human Resources could not find any blood relatives to take her in, so the agency placed the girl with Kutil and Hess on Christmas Eve, the day she was released from the hospital.

The couple is approved by the DHHR as foster and adoptive parents, the petition says. Kutil recently adopted a 12-year-old girl whom she’d been fostering for over two years.

The Fayette circuit court terminated the biological mother’s parental rights in a Nov. 6 order, making the infant eligible for adoption.

Previously, the child’s legal advocate, had filed a motion with the court to remove the girl from the same-sex home. That motion had been pending since Jan. 24. 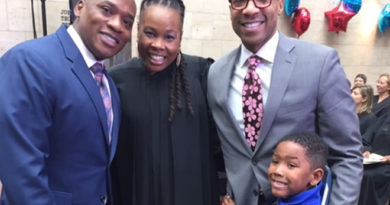 Massachusetts children in foster care have a friend at “The Home”

One thought on “Lesbian couple fights to keep baby”